I’ve been thinking about my choices of stories and my writing style. I saw Beth Moore talking about a new fiction novel she has just written. I know it will be amazing but often Christian novels are very predictable. The families are sweet Christian people but one of them has a bad temper or a roving eye and this creates a problem. But the whole family comes together in the end and they solve these problems and get closer than ever. 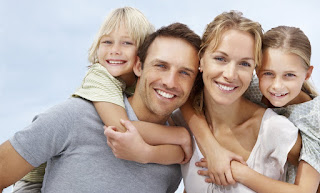 HOGWASH!! If you think life is really like that and every story has a happy ending, then you need to stop drinking the Kool-Aid they’ve been passing around wherever you hang out.

I did not grow up in a world like that and I was really angry with God for some years on account of this. I thought, “Why couldn’t you have given ME a warm Christian home to grow up in with parents who would have encouraged and inspired me?”

Unfortunately, only a small percentage of the population has that experience. The rest of us grew us in homes with varying degrees of dysfunctionality, all the way from horrific to bearable. Mine was pretty bad but could have been much worse. That, I’m thankful for.

I write stories for those people. My stories are sometimes a bit too gritty but that’s the way my life has been. I was thrown out of the car going 60mph and left in a ditch to die (figuratively). I never made sense of it but God somehow found me and repaired the broken stuff. I know I don’t look like it, but I’m a Survivor. Every possible thing has come at me during my lifetime and tried to kill me or drive me crazy but I always ran to Jesus for help and he was always faithful. 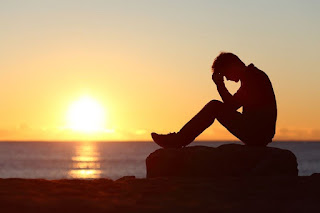 I wish I was one of those decent respectable Christians who never drank, gambled or had sex outside of marriage, but God did not give me that life. You get what you get. It’s up to you to decide what you’ll do with your time here on earth. It’s shorter than you think it’s going to be and it goes by much faster than you think it will.

I could be addicted to drugs and alcohol. I should have died at a dozen different points in my past. There for a few years, I purposely put myself in harm’s way hoping to die before sunset but I’m still here. That part is a miracle that continues to startle and amaze me every morning with each new sunrise.

My stories are for real people, who for some reason, did not get the proverbial “Happy Ending” that everyone is so eager for. Their family reunions turned into drunken fights. Their great job ended with no warning and their lights were eventually turned off.

When they finally find their long-lost half-sister, the girl is so angry that she doesn’t want any type of relationship with her blood family. In my story, the beloved friend dies at 28 with cancer and the charming brother becomes a homeless man. When the heroine finally finds her soul-mate, the guy is so damaged by a previous relationship, that he can’t make any commitments to her.

All those things happened to me during my lifetime and I had no choice but to get over it and move on with my life. It sucks …. I absolutely agree that it sucks. But that’s the life God gave me and I’ve tried to live it the best I could.

My stories are about that struggle to understand, to believe in a good God while also recognizing the evil all around us. They’re about out-smarting the devil with a simple thing like “Faith”. They’re about surviving when no one really cares whether you do or not.

I know many of my Christian friends will not want to read my books but perhaps there are some folks out there who have had a life similar to mine and these stories will ring true to them.