I read and write thousands of words each week so I run across lots of weird stuff. Yesterday I found that in Israel, many people use the acronym “BCE” which they say means, “Before Common Era” instead of the standard designation “BC” which means “Before Christ”.

I understand that the Jews don’t believe Jesus Christ was the son of God. But it is very dangerous for any society to just “change” historical data or time designations to suit their religious or political beliefs. 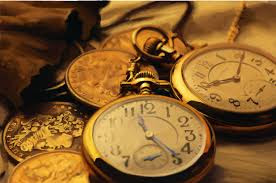 We’ve seen in recent years, people who rose up saying that the Holocaust did not happen. This is a devastating thing to do to any people who have been persecuted like the Jews. We’ve heard many saying that the moon landing in the 60’s did not take place. I can see why people believe that. Computers in the 60’s weren’t very sophisticated. They took up whole rooms for computers that didn’t even have a tenth of the power that my laptop has.

Next, people will be saying that the American Indians were not slaughtered so that people from England and Europe could come here and settle this land.

Our history is what it is. Humans haven’t always been very loyal, faithful, hardworking, truthful or righteous. More often than not, we compromise. We give in to our flesh.

My prayer group is currently praying for the Human Trafficking crimes that WILL take place during the Super Bowl. I know everyone loves the Super Bowl and it’s an exciting time of year. But on the flip side of that, there’s a huge amount of prostitution, drugs, gambling, human trafficking and many other crimes during events like this.

Many people will get mugged or at least have their wallet stolen while at the Super Bowl. While the players get ready and the media gets ready and the advertisers get ready, the crooks, thieves and drug dealers are also getting ready.

We don’t want to believe this about ourselves, but as a race of beings, we’ve completely failed. We did NOT try to co-exist peacefully with the flora and fauna on our beautiful planet. Instead, we relentlessly destroyed it.

Hitler DID try to wipe out the Jews. We may or may not have gone to the moon in the 60’s. Early Americans DID slaughter the indigenous people and steal their land. And Jesus Christ IS the Son of God. BC means “before Christ” –

I think the human race has a better chance of long-term survival if we will only admit our sins, faults, failures and flaws and try to make it right. Try to do better. Try to learn from our mistakes.

Simply changing history so that you don’t look like a murdering whoremonger never works! The Truth always finds you and makes a fool out of you. 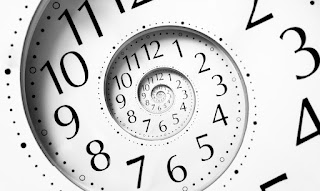 Posted by AnneCarol at 11:21 AM No comments: