Surviving! Do You Have What It Takes?

My husband and I were long-haired hippie freaks in the 80’s and we were also survivalists. This movement has been revived and is very BIG nowadays. Many Americans believe Trump will drag us all into a third world war, which seems to be unfolding right now. The biggest thing about surviving is being able to feed yourself and provide drinking water each day.

Imagine a terrorist attack on the local water purification plants. Flint, MI still doesn’t have decent drinking water. There’s still not clean drinking water for Puerto Rico’s 3 million inhabitants. So how can you provide food and water for your family over an extended period of time? 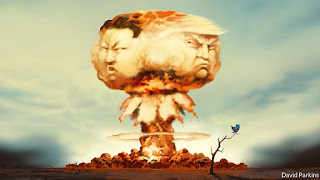 These are things that all of us should be thinking about as World War 3 nears. At any moment, Kim Jung Un could launch a nuclear weapon on America and life as we know it would be severely compromised. Humans can go without eating for weeks but can only go for a few days without water.
For the last 20 years I’ve been allergic to bleach. That means I cannot drink tap water-It has bleach in it. I need a filter for the shower also. My skin breaks out in a rash if I shower with unfiltered water. So I have a filter on my shower that will filter out about 95 percent of the impurities.

I also have a countertop water distiller. You place a gallon of tap water in it at night and then turn it on and the water is heated to where it produces a vapor of 100 percent pure water that drips into a gallon jug. It takes about 6 hours to distill one gallon. I’m told that you can place any type of water in the distiller and still get 100% pure water but have never tried anything but tap water. 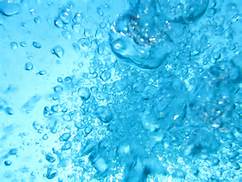 I also have a dehumidifier. You turn it on and it pulls water out of the air. With 85% humidity, there’s quite a bit of water in the air we breathe. A dehumidifier pulls the moisture out of the air—it drips down into a bucket in the bottom of the unit. I’m not sure if you could safely drink this water. But I know that if you boiled it first, it would probably be okay to drink. So with a water distiller and a dehumidifier, you would probably be able to produce your own water with no problems.

Food is another matter entirely. The best answer is to move to a rural area and begin growing your own. But that takes time. Many websites now offer those big 20 gallon buckets of freeze dried food. For me, I like MRE’s. We had to eat to those in New Orleans after Katrina. The army has been using MRE’s for many years and they’ve come a long way.

In this one package is everything you need to make a full meal including dessert. It uses some type of chemical reaction to heat the food right in the package. You can buy MRE’s online and of course, you could eat them every day if you wanted to. Our soldiers often eat them for months on end while in places like Afghanistan. 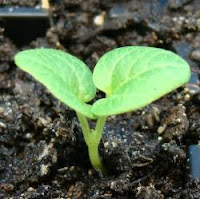 The biggest thing about “surviving” is your mindset. If you go to someplace like New Orleans right after Katrina, you’ll understand what I mean. There was no gasoline, no restaurants, no hotels…nothing at all. Just broken, dirty pieces of the city lying everywhere. Most people have not come to a place in their lives where they had to face life with none of the conveniences we all enjoy today.

Changing the way you think is probably going to be hardest thing for most people if the worst happens. You get used to driving to Wendy’s if you’re hungry or driving up and filling the tank with gas anytime you like. You can stop by the grocery store on the way home and pick up something from the deli.

At the moment, we have endless choices. But what if all those places are closed? Think about a world with no restaurants, grocery stores or gas stations. I don’t know how other people feel, but for me, it would be irresponsible not to consider these things and prepare for what may come. Though we haven’t had a war on American soil in many years, it is possible that it could happen. America has many enemies all over the world. I think it’s a good idea to pray, prepare and be ready for whatever may come.

The Bible says that the rain falls on the just and the unjust. I've seen many sweet Christian people get into bad accidents, get awful diseases, and even pass away before their time. I don't understand this but I DO know that it's prudent to be prepared!

Posted by AnneCarol at 4:34 PM No comments: