I texted my daughter to ask her how the weather is up north today, cause that’s where she’s been working this week. She told me that they sent her to Miami this morning. So I said, “Oh my gosh! I’m so glad you’re out of that snow and ice.” But she says, “No, it’s only 44 degrees here and it’s supposed to snow.”

So I said, “Are you sure you’re in Miami? Cause it ain't never snowed there in all of history.”

So she laughed and said she loves snow so much that she brought the cold weather with her. I told her that Floridians would NOT be happy about that and she laughed again. 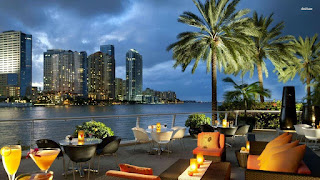 She gets to spend a few days down there. They are going to West Palm Beach in the morning. I’m sooo envious! West Palm Beach is the shopping Mecca of the world. I love that city. I have so many good memories of my time there working Hurricane Wilma.

I stayed in a lovely Bed and Breakfast with this crazy woman from the Caribbean whose husband had Alzheimer’s. Every day he came into my room and stole my panties so I was always having to go up to Ross and buy more panties. 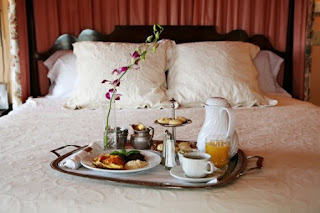 While I was staying there, the house next door caught on fire. We were all awakened at 4 in the morning by fire trucks. This news lady showed up too. She was walking around interviewing people about whether or not anyone knew that the house was actually a Meth Lab. She told me that she hadn’t told anyone yet, but she was pregnant, so I congratulated her and we had a nice conversation about being pregnant. 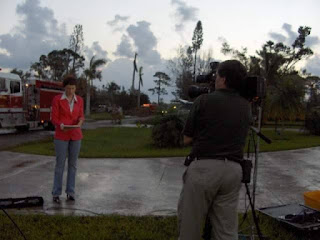 Finally, I found this cute cabin on Lake Okeechobee and moved closer to the little town where I was working. I had so much fun there. My cabin had a wide water-filled bayou in the front yard. A neighbor told me there were alligators in it. She said to watch out, cause they would come out at night looking to feed. I didn’t think being alligator food was all that great an idea, so I always parked really close to my cabin. All I had to do was jump out of the car and take a few steps to be on my front porch. 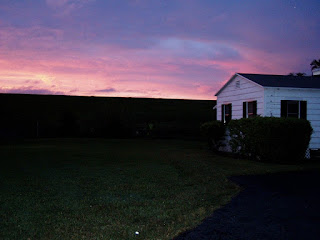 I thought I would never say this, but I miss Pahokee Florida. Miami is probably one of my favorite cities in the whole world too. I think I like it so much because there is so much diversity there. You might see 8 people standing together in a hotel lobby speaking 3 different languages. People from all over the world wind up in Miami at one time or other.


I actually LOVE all the different cultures. I love their languages, their customs, their favorite foods, their childhood memories. Heaven will be full of people from all over the world. It makes me sad when people hate other people because they come from a different culture or have a different skin color. Our diversity is what makes us strong as a race of beings.
Posted by AnneCarol at 5:51 PM No comments: