Life’s Too Short, And All That!

When I was 17, I left home and never went back. Sometimes you love your family but you know that you simply can not be the best version of yourself if your family is around. Mine was highly dysfunctional! Batshit crazy! So I went on without them. 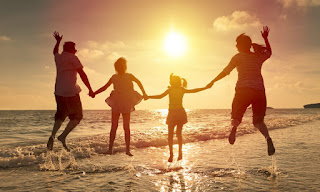 Of course, we got back together within a few years and things improved. But this same thing happened to me later in life. I was in some toxic relationships and had to make the choice between staying with family or saving my sanity.

Well, that was 16 years ago and I’ve been on my own for all these years. I work each day, pay my own bills and take care of my personal needs. I cook each day, do laundry—even vacuum on special occasions (like I can’t find the couch for the enormous dust balls).

You always have that little bit of guilt though because you left your family behind. Then I met that psychiatrist the other day. Her whole practice is about teaching people that many of their mental and emotional problems are related to their family and past family experiences. 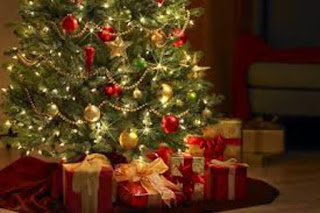 The solution to getting well is leaving them. Just separate yourself from your family and pretend they no longer exist. Don’t feel guilty if they gripe because you missed Thanksgiving or Christmas. You deserve to have a happy wonderful Thanksgiving and Christmas. You don’t have to go over there and put up with bickering and criticism.

Ignore them. Leave them. Never go back. Don’t feel guilty. Life’s too short and all that. 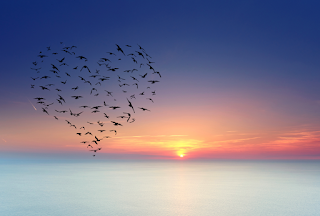 When I was 12, I started saving money to buy luggage. When mama saw the store layaway receipt she asked me, “Hey why are you buying luggage?”

I said, “I’m planning to run away from home so I need it to put my things in.”

So she shrugged and went about her business. I got my luggage out of layaway a few months later and sure enough, left home at 17.

I was certain by the age of 8 that I was born into the wrong family. I should have been born into a family of writers and musicians. Very intelligent people with common sense. I could have flourished under those circumstances. Sadly, as the Rolling Stones figured out some years ago, “You don’t always get what you want.”

I don’t know why God gives some people a simply wonderful family full of loving people who help and encourage each other. While other people get Troglodytes, people with no understanding, intelligence or compassion. It’s a mind-boggling topic so let’s don’t even go there. 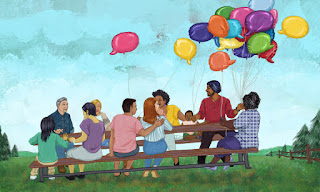 All I know is that it usually takes a lot of courage to do the right thing. And the “right thing” isn’t always what you think it is. Have I lived my best possible life? No, not at all! But I’ve survived and sometimes that’s all there is.

I know a few weeks ago a big moth flew in the patio door and went to light on my bedroom curtains. It seemed ill. Lots of insects come to my house after being sprayed with insect spray. Apparently, the word is out on the streets that my house is a safe haven for wounded insects. I don’t kill spiders, bees and wasps. They’re beneficial insects that God created for a purpose.

So one time a big spider rushed through the back door who had just been sprayed with poison. He went to my extra room baseboard near the chest of drawers. He stayed there for a long time and I was sure he was going to recover, but he died.

A wasp came in one time and lit on the light shade by the TV. He was there for a week or so and finally got well and flew back out. I haven’t seen him since but wish him well.

Then a few weeks ago, this large gray moth came in and went right to my bedroom curtains. I watched it for a few days but it didn’t move. Then after a few weeks, I concluded that it had died. It was sad…such a lovely gray moth. 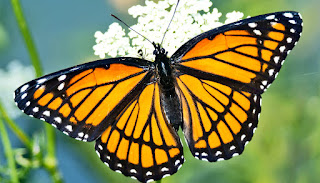 I went to gather up its remains and take them back outside but decided to say a few words over it first: “Sometimes all you can do is give a Being a quiet, safe place to die,” I whispered. And then I took it outside and scattered its remains on the grass.

My life hasn’t turned out like I thought it would but it has been an interesting journey. At the end of it all, I just want a quiet, safe place to die. That’s all.

Posted by AnneCarol at 5:08 PM No comments:

I Found This Thumb Drive with Hurricane Photos on It

I was going thru some old thumb drives. I like to do that from time to time. You never know what you’ll find. I found these photos of hurricane Gustav, New Orleans, 2008. 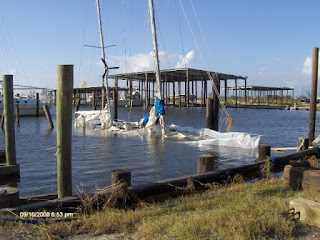 I really loved returning to New Orleans. I hadn’t been there since 2004, hurricane Katrina, and then, it was such a mess! So much chaos. I was thankful to leave. But always wondered how the rebuilding was going. We kept hearing stories that the politicians were stealing the money meant for victims of the hurricane. 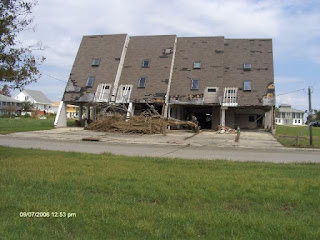 I stayed in a hotel across the highway from the stadium (Gustav). OMG! Could I tell you some stories about that stadium. Since I had been a first responder to Katrina, I saw everything! Not just what the news people wanted to show you. Then when I went back to New Orleans for Gustav, I was hoping to see the city rebuilt and looking sharp. It was a lot better but it would be years before it was totally fixed. 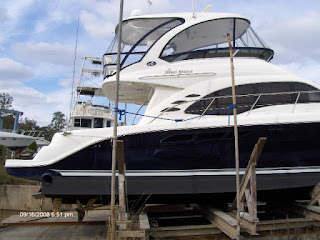 The neighborhood we were in had been slum housing where gangs would shoot, knife and murder each other each week (Gustav).

In Katrina, as you probably know, there were NO hotels that survived. They eventually got some of them cleaned up and open in suburbs like Kenner. But of course, there were over 10,000 disaster workers there. So there were never any vacancies. 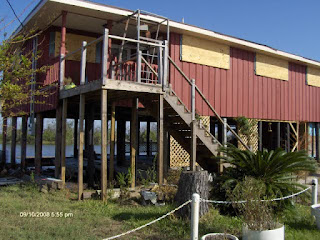 The Red Cross always shows up first to any disaster. Nobody beats them! Then FEMA gets there—that was me. Then the Small Business Administration shows up. They’ll be there offering low interest loans to people who want to rebuild their homes. 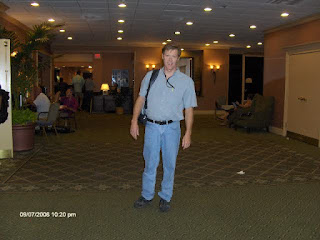 At first, nobody wanted to return to New Orleans and rebuild (Katrina). Well, almost nobody. I met this guy in Chalmette. He and his wife were in their 60’s, probably retired. They had a pretty nice 3/2 with a lovely lawn, rose bushes etc. They were trying to rebuild only a month after Katrina. I told the guy that it would be impossible because the closest hardware store was in Baton Rouge and the shelves were empty there. So where would you buy sheetrock and 2x4's? Forgeddaboudit! 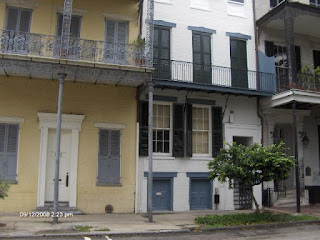 That toxic mud that covered Chalmette killed everything including the small animals and insects. I bet it was a month before I ever saw one bird.

The toxic mud was from the Murphy Oil spill (Katrina). The oil mixed with the grasses and snakes in the nearby wetlands and turned it into a thick mixture of dead grass, mud, oil and other chemicals. We had to wade through this stuff every day. I know some funny stories about the toxic mud too. 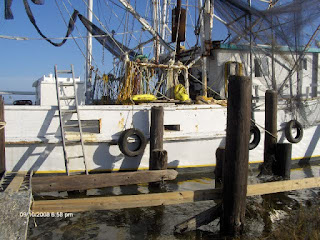 So we got the call to return to New Orleans when hurricane Gustav came through and we went. Like I said, we stayed in a fairly new hotel that was across the highway from the stadium. The new disaster people would work all day and party all night, but me? I worked all day, then came home and collapsed, like a normal person would do. 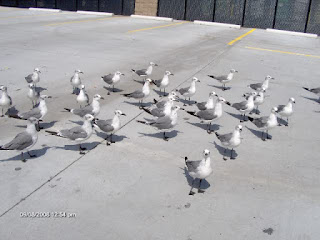 I had to share a room with this guy. He’s in one of these pictures. He flirted like crazy, probably thinking we were going to sleep together since we shared a room. But I like to keep it all business when I’m working.  Once I get home, if you wanna go party, I’m in. But work is work…especially if it’s disaster work. There are so many opportunities to get hurt each day. You have to be on your toes.

Hurricane work is hard. Every single day you see dead animals, ruined furniture, destroyed houses—everyone should go to an area right after a big storm and do disaster relief for a few days. It gives you a whole new appreciation for what it means to lose everything you own. 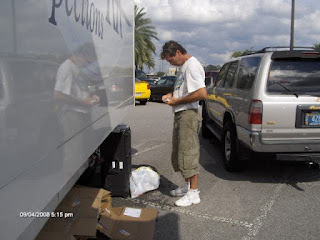 I’m totally off topic! Anyway, I enjoyed my time in New Orleans during the Gustav relief work, but I hated Katrina. She took everything. It would have been great if she’d left a hotel and a good restaurant—and a gas station -- so work wouldn’t have been so difficult. But she didn’t.

Most of us survived and came home from both hurricanes. We have a lot of memories, photos and stories and every hurricane season is a time of heightened anxiety for us. 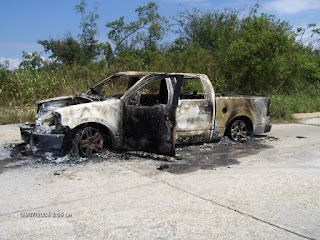 Posted by AnneCarol at 8:12 PM No comments: